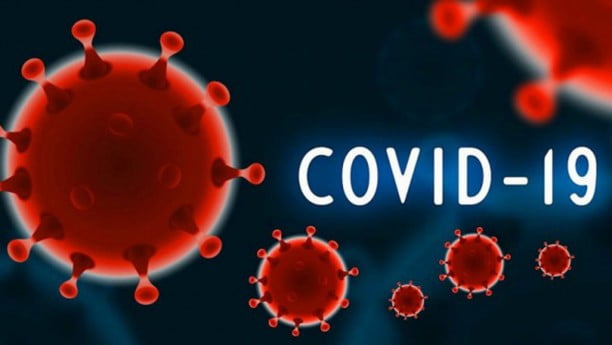 Coronavirus cases hit new records in the United States as swathes of Italy returned to lockdown yesterday with the resurgent pandemic continuing its march through Europe.

The US recorded a third day in a row with deaths above 1,000, while more than 120,000 infections were reported — smashing a daily record set the day before, according to a tally by Johns Hopkins University.

More than 9.6 million people have been infected and 234,000 have died in the United States so far during the pandemic, by far the highest tolls globally.

The figures comes as US President Donald Trump, who survived a bout with Covid-19 in October and insists the virus will “disappear,” was fighting for his political life with vote-counting from Tuesday’s presidential election still ongoing.

In Europe, the World Health Organization’s regional director Hans Kluge said Covid-19 was surging on the continent as its 11.6 infections put it above Latin America and the Caribbean’s 11.4 million.

“We do see an explosion… in the sense it only takes a couple of days to have over the European region an increase of one million cases,” he told AFP.

Countries across the continent are imposing new lockdowns, with Greeks facing stay-at-home orders from Saturday.

Experts say Italy is already in the grip of a second wave, and regions are again warning that intensive care units are filling rapidly.

Another 445 new coronavirus deaths were recorded nationwide Thursday, along with 34,505 new cases.

In the northern city of Bergamo — the epicenter of Italy’s coronavirus crisis earlier this year — several hundred people, including restaurant and shop owners as well as members of the far-right, protested the new curbs.

The protesters gathered outside the mayor’s home after a nighttime demonstration Thursday, waving flags, shouting “Liberty,” and hurling smoke bombs.

Bergamo mayor Giorgio Gori said that compared to Italy’s more than two-month lockdown from March — when images of army trucks transporting coffins from the city’s inundated morgue went around the world — “there is more tiredness and more distrust around”.

“At a time like this, with so many people distressed about their future, throwing gasoline on the fire… is in my opinion serious and rather dangerous,” Gori wrote on Facebook.

Italy’s regions follow 56 million people in England who went into a second lockdown on Thursday.

Tourist destinations such as London’s Buckingham Palace and Trafalgar Square were deserted, and normally bustling cities including Manchester and Liverpool fell quiet.

In Denmark, 280,000 people were restricted in the northwest after a mutated version of the new coronavirus linked to mink farms was found in humans.

Denmark — the world’s largest exporter of mink fur — had earlier said it would cull all of its 15-17 million minks.

While not more severe than the normal virus, the mutated version “could pose a risk that future vaccines won’t work”, Prime Minister Mette Frederiksen said.

France locked down last week, and the Paris mayor anounced Thursday that stores selling alcohol and food will now be forced to close at 10 pm.

France recorded 58,046 new cases Thursday as some prominent doctors warned the lockdown, which allows schools to stay open, will not be enough.

Greece is also going into a second nationwide shutdown Saturday to try to halt an aggressive spike in cases.

Traffic in Athens was dense with people rushing to run errands before the weekend.

Hairdressers and nail salons were allowed to work for two more days however, with people rushing for a last-minute haircut.

Athens hairdresser Apostolos Gelbas said he was struggling to find the time to serve all his clients.

“It seems that this was one of the main things that the people missed during the first lockdown. They were texting me all the time to find out when we will be back.”

The coronavirus has also been mercilessly lashing Switzerland, and in particular its French-speaking region, where hospitals are rapidly becoming overwhelmed.

“This morning, I was asked to take one more patient… so I had to transfer the most stable patient I had to another hospital to make room,” Herve Zender, the chief physician at the La-Chaux-de-Fonds’s ICU, told AFP.