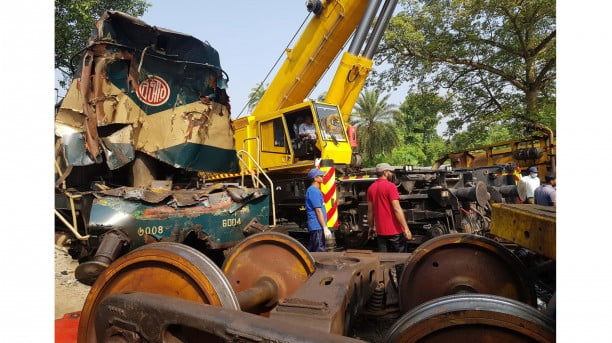 Rail communications of Khulna with the other parts of the country remained suspended since early today, following a collision between two freight trains in Kotchandpur upazila of Jhenidah.

The accident took place when a stone-laden train from Darshana and diesel-carrying train from Noapara of Jashore ran on the same tracks after ignoring signals and collided with each other, he said.

No casualty has been reported.

Rail services may resume in two to three hours as an operation to clear the line has started, the stationmaster said.