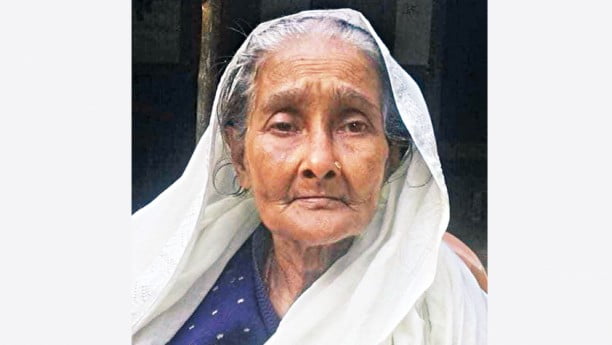 Birangana Parul Rani died of old-age comp-lications at her house in Barguna’s Patharghata upazila town on Thursday night. She was 90.

She left behind two sons and two daughters. Her husband, Manohar Mistry, was a martyred freedom fighter and son Manmath Ranjan Mistry is a freedom fighter.

The upazila administration completed the burial with state honours at 10:00am yesterday.

During the Liberation War in 1971, the Pakistan occupation forces shot dead Parul’s husband Manohar Mistry, his brother Karnadhar Mistry and their neighbour Matiur Rahman. They also set fire to their houses. Her son Manmath survived as he was not at home at that time for taking part in the Liberation War.

Manmath said his mother had been bedridden for a long time.

She had been receiving the Birangana allowance since November 25, 2018.