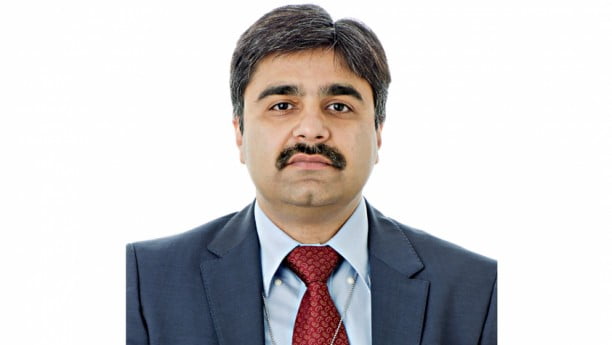 Efficient financial resource allocation coupled with an effective banking sector would help accelerate recovery from the COVID-19 fallout and restore the country’s robust growth momentum, he said in an exclusive interview with The Daily Star.

“Forbearance should be avoided and banks, where it is practised, should face strict and prompt remedial actions. Bangladesh Bank should tighten the criteria for rescheduling and restructuring loans and avoid their repeated use,” Anand said.

A regulatory forbearance initiated by a central bank is a policy that permits banks and other financial institutions to run their operations by way of relaxing the standard banking norms.

This inaction reflects the unwillingness of regulators to take disciplinary action against problem banks for some period of time.

Under a regulatory forbearance, Bangladesh Bank allowed local lenders to reschedule defaulted loans to the tune of Tk 52,770 crore last year, the highest in a single year, according to central bank data.

“The authorities should proceed with a comprehensive review of the asset quality in the banking sector as well,” he said.

Efforts should be made to adopt a more risk-based approach to address deficiencies in anti-money laundering and combat the financing of terrorism, said Anand, also the chief of the South Asia Division-2 of the IMF.

Internal risk management and loan decision making need to improve and loan concentration limits should be observed by the central bank.

Fit and proper criteria for board members should be strictly enforced and updated, including the requirement of identifying the beneficial owners of a significant or controlling interest of a financial institution.

Besides, the boards of commercial banks should include a majority of independent directors, he added. Legal systems should be enhanced to support banks to recover non-performing loans (NPLs), particularly those by wilful defaulters.

Further strengthening the capacity and efficiency of the court system should help expedite the legal process.

“The role of state-owned commercial banks (SOCB) should be reassessed, transforming some into developmental institutions with a clear public mandate and necessary budget support,” said Anand, who previously worked on a number of countries in Asia and Africa, including Sri Lanka, India and South Africa.

Others SOCBs’ should be converted into banks operating on commercial principles or closed, the IMF official said.

The authorities should establish a lender of last resort facility to provide emergency financing for solvent but temporarily illiquid banks.

A clear entry and exit strategy for banks should be introduced and enforced.

Anand praised the central bank for its role in taking time-befitting decisions to tackle the economic slowdown brought on by the ongoing coronavirus pandemic.

A monetary easing programme taken by the central bank has been appropriate and includes lowering the cash reserve ratio, the repo rate and reverse repo rate.

Bangladesh Bank, as part of the Covid-19 response, also appropriately extended liquidity to the financial system by increasing the advance-to-deposit ratio and making available a refinancing scheme for banks to extend working capital loans to firms.

In addition, the lender has made temporary changes to regulatory measures for the financial sector and borrowers to help mitigate the economic fallout.

However, it is imperative to maintain proper monitoring of banks’ financial conditions to ensure financial stability, said Anand, who holds a PhD from Cornell University and a master’s degree from Harvard University.

He suggested both the government and the central bank should take decisions cautiously to use the country’s foreign exchange reserve to implement development projects.

“Maintaining sufficient reserve buffers is essential for Bangladesh as it relies on exports and remittances for growth and remains exposed to global uncertainties and external shocks.”

At around 6.7 months of prospective imports, reserves in Bangladesh are adequate and not excessive.

As noted in the IMF policy advice of 2017, if reserves were used to finance investment projects, care should be taken to prevent from encumbering the reserves in order to keep the country’s external resilience stable.

The country’s ability to tap into global capital markets in the future should also be considered while making decisions to use the reserve.

“This is especially important in the light of Bangladesh’s dependence on garment exports and remittances, which could be vulnerable to uncertain and volatile global developments,” he said.

Anand also said that the existing upward inflationary pressure against the dwindling employment generation have not indicated any stagflation for the economy.

The coronavirus outbreak in March and subsequent nationwide lockdown aimed at containing the virus resulted in lower output and employment. As the lockdown has been lifted and external demand recovers, albeit slowly, there are signs of a pick-up in domestic activities and exports.

“We expect the economy to rebound as the impact of pandemic fades,” he said.

Average annual headline inflation is expected to pick up a bit in fiscal 2020-21 mainly due to higher food prices, which are caused by temporary shocks, including supply disruptions and recent floods.

Non-food inflation is likely to be moderate as domestic activities are recovering slowly and mostly still remain subdued.

In the medium term, inflation is expected to remain stable and close to the central bank’s 5.50 per cent target.

“Looking ahead, as domestic activities pick up, the authorities should continue to remain vigilant against inflationary pressures and stand ready to fine tune policies to strike the right balance between growth and price stability,” Anand added.

From a longer-term perspective, the central bank’s focus on modernising its monetary policy framework and moving towards the interest rate targeting should also contribute to preserving price stability.

Asked why the IMF projected a lower GDP growth than the target set by the government, Anand said the downward adjustment of the growth forecast for FY21 reflects a longer-than-expected duration of the Covid-19 pandemic and the unusually large uncertainties surrounding its duration and impact.

The Washington-based multilateral lender set a GDP growth of 4.4 per cent for this fiscal year, much lower than the government’s estimate of 8.2 per cent.

The virus continues to spread in many parts of the world and as a result, several countries have slowed their reopening while some are even reinstating partial lockdowns.

It is assumed that domestic and external activities will only recover gradually as containment measures will likely to continue into next year before the pandemic is well under control.

For this reason, growth is only expected to pick up moderately in FY21.

Bangladesh has achieved impressive economic and social development growth in the past decade, Anand said.

It has made steady progress in reducing poverty and improving many of its sustainable development goals indicators as well.

But, the Covid-19 pandemic has interrupted a long period of robust economic performance.

However, Bangladesh has significant growth potential with favourable demographics, which could help its economy remain resilient to the crisis and resume progress towards the authorities’ ambition to reach higher middle-income status.

To harness this potential, the authorities should continue their reform efforts as soon as feasibly possible.

A key challenge in Bangladesh is the low level of revenue that is being collected by the government.

Increasing tax revenues would give more room for necessary growth and enhancing pro-poor spending but this will require a coordinated approach in both tax administration and the tax policy area.

On tax administration, the priority is the modernisation of the organisation structure to improve efficiency.

Tax policy reforms should focus on broadening the tax base and reducing tax concessions and avoidance.

The government approached the IMF for credit support to tackle the ongoing economic hardship soon after the agency gave out $732 million under its Rapid Credit Facility and Rapid Financing Instrument.

The financing is aimed at supporting the authority’s immediate response, in particular in financing critical health and social protection measures.

“The IMF is ready to further support Bangladesh in its efforts to tackle the pandemic and help the economy recover,” Anand said.

The government should stand ready to extend more support should economic conditions deteriorate and reprioritise spending as needed to fight the virus, prevent long-term damage to productive capacity, and provide support and assistance to vulnerable citizens.

Prior to joining the IMF, Anand held various senior positions in India as a member of Indian administrative service — designing, implementing, and monitoring the government’s economic programmes and policies.

Bangladesh joined the IMF in August 1972 and has so far managed a total of four financial assistances in the form extended credit facilities from the Washington-based multilateral agency.

In September 1993, the country secured a debt facility of around $330 million from the IMF for the first time to mitigate its financial crisis, deriving from the balance of payments.