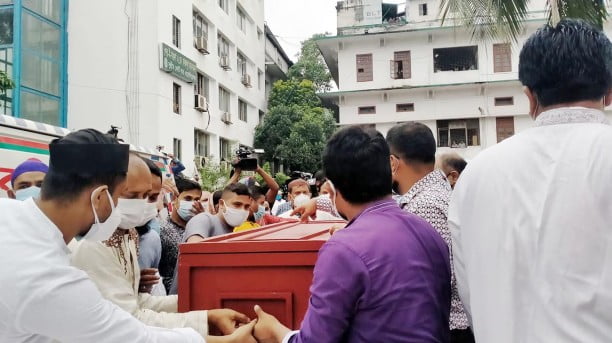 He was buried around 3:00pm after a namaz-e-janaza at Supreme Court Bar Association (SCBA) premises at 2:00pm.

Barrister Rafique-Ul Huq breathed his last this morning at the intensive care unit of Ad-Deen Hospital in Dhaka.

People from all walks of life paid their last tributes to the veteran lawyer after the news of his death was announced.