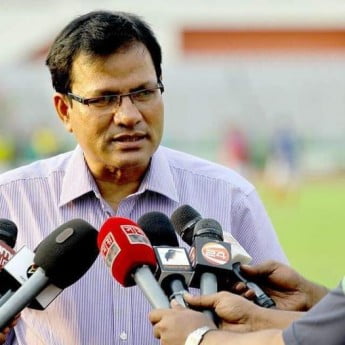 Former national footballer Badal Roy has been kept at Intensive Care Unit of Asgar Ali Hospital after he suffered from shortness of breath this afternoon.

“He is now a bit better after nebulizing oxygen. But doctor said that the condition may either deteriorate or develop. Doctors will only give the medicine after the improvement of breathing,” Badal’s wife Madhury Roy told The Daily Star today.

“He came here with a pain in afternoon but suddenly suffered from acute breathing problems and his face turned black. It seemed to me that he was about to expire. He is now in ICU,” said Madhury requesting to all to pray for his husband.

“After his brain stroke, he has been facing problems while speaking. I don’t know if it caused the breathing problem,” Madhury said.