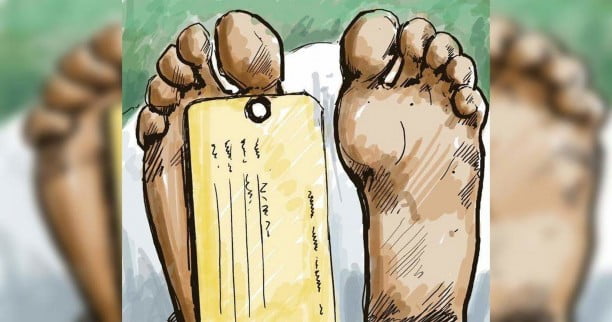 Have you ever put your ear to the rail to listen to the rumbling sound of an approaching train? I have. Many of us have. When we were children, we tried to make sense of the world with curiosity and innocence. Even a simple law of physics such as the traveling of sound through metal would have stirred us, excited our imagination. The cold steel on the track, smoothened by the constant frictions, would announce from a distance the arrival of a train carrying a hundred different passengers with a hundred different stories. We would have heard the metallic noise, but not the human voices it carried—the human stories it contained.

Grownups rarely have the curiosity to press their ears to the track not only because it is silly but also because it is dangerous and dirty. One man in Rajshahi decided to do so. He had no intention of moving his head away when the Rahanpur-bound commuter train was passing by. His head was instantly severed from his body, which had a suicide note.

“Jalal, Kalam and his son Rana and others have beaten me hard and broken my arms and legs. The pain and the trauma are unbearable… Three people who mattered the most in my life are my mother, daughter and wife. I cannot take it anymore. Please give the main copy of this note to my wife, and the photocopy to police.”

The 40-year-old Emrul Hasan thus ended his life. His enemies had taken away his land and left him in a crippled state, making it difficult for him to go to court and seek justice. He came to Rajshahi from his village in Chapainawabganj to receive medical treatment, and was staying at his sister’s house in Rajshahi. Last Monday, he told his family that he was going out for tea. Instead, he walked to the rail track in his crutches and chose to lay his head down in front of a moving train. The suicide note mentioned the phone numbers of his relatives, details of his creditors, and even instructions regarding his funeral. It was not a whimsical act; he scripted his own death—something that is not permissible in both law and religion.

While reading the news in Bangladesh Pratidin, I could not help but think of the nonchalant train and its metal heart. Despite the public attention (however little) that this staged performance of Emrul Hasan has drawn, the train will have little consideration for whether and how suicide constitutes a unique form of social protest. Maybe the locomotive has been there for a long time to witness many such horrible incidents and learn to ignore such anomalies. Few of the locals perhaps will think of this day as a day when they did something “slightly unusual”. Many of the eye-witnesses will be traumatised for days to come. But once the police formalities were done, I am sure the track was cleared, and it was business as usual. The commuter train thus becomes a symbol of our own frets and fervours; the desire to remain on track of our own destination. Emrul’s death is simply a story we picked up along the way. We suspended our activities for a while to watch the drama or read the story and then opted to move back to our daily routines. Do we really have the time to internalise the message that Emrul was trying to give?

If you ask me, Emrul’s death is a public statement. He wanted the world to know about the wrongs that had been done to him. His depression and derangement are the likely causes of the extreme method that he has chosen. His incapacitated state has perhaps contributed to his self-immolation. The letters in his pocket, however, suggest that he did not want this to be understood as a psychological drama or internal issue. After all, through its theatricality, his death refused to be anonymous. He wanted his body to be found intact so that the Jalal-Kamal-Rana trio could be named. His anger against the trio is distinguished from the love for his mother-daughter-wife. As a crippled man, did he feel that he was becoming a burden to his family? As a crippled man, did he feel that he did not have what it takes to have revenge? The note does not say. It does not explicitly mention what he actually wanted to accomplish: punishment for those responsible for his death, return of the land that his enemies had occupied by force, or simply an end to his misery. Instead, he allowed his staged silence to speak, urging us to fill in the void. We can read it as a protest against injustice.

Did the “suicide protest” affect us in any way to think out of the ordinary? Would it have the same effect if Emrul decided to hang himself or take poison? Does the speed of the method of suicide (rapid, as with self-immolation, or slow, as with fasting) produce different outcomes? Can we consider this suicide protest non-violent as he tried to redress the violence done against him though an act of self-violence? How different is it from other forms of suicide?

According to a 2017 report, the average rate of suicide in Bangladesh is 39.6/100,000. The facts vary within the country, and in the western regions the rate is as high as 128/100,000. In the absence of systematic suicide surveillance, it is hard to trust these numbers. Besides, these rates are only the tip of an iceberg—for every suicide, there are many more attempted ones every year. You may wonder why I am “glorifying” one death, especially when there are such deaths aplenty. Moreover, talking about it does run the risk of encouraging others to go for self-harm, violating the legal and religious prescriptions.

What is the alternative? Be a heartless train with a heartless engine? And think of it as only natural even though Rajpara Police have booked a case of Unnatural Death (UD) for the incident relating to the death? The headless body of Emrul with its mutilated and muted mouth has a tale to tell, but do we have the ears on the track to listen to it? Can we not prevent such a death by going to its root causes? In this case at least, we know that Emrul’s private space was terrorised and occupied. He came to the public space to act out a public protest so that we do something about the violated space. As someone said, behind every act of suicide there is a desire not for death but for being rescued.

The evil three who disrupted the balance of life must be brought to justice so that the loved three of Emrul can relish his memory with some comfort.

Shamsad Mortuza is a professor of English at Dhaka University (now on leave). Currently, he is Pro-Vice-Chancellor of ULAB.