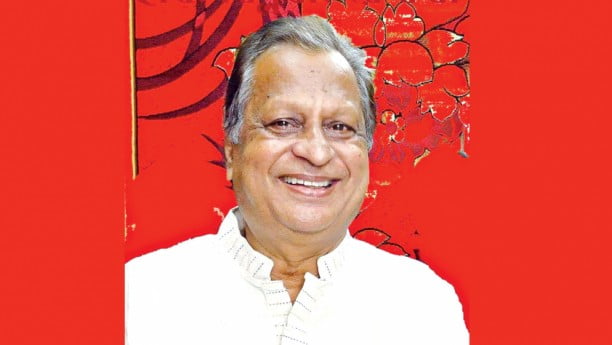 As part of our ongoing series of interviews of political party leaders, today we are running the interview of Communist Party of Bangladesh General Secretary Md Shah Alam. It will be followed by Oikya National Awami Party President Pankaj Bhattacharya.

Md Shah Alam has been the general secretary of the Communist Party of Bangladesh (CPB) since May 2017. He has been involved with politics since he was a student and played a key role during the mass upsurge in 1969. The valiant freedom fighter was the commander of the joint guerrilla force of NAP-Communist Party-Student Union during the 1971 Liberation War. Recently, he spoke to The Daily Star about the country’s politics and other contemporary issues.

The Daily Star (DS): Many people have been confused about CPB’s political stance. What is your reaction to that?

Shah Alam (SA): Our party has come this far with a long history, tradition and glory. You all know about our role during the Liberation War. I think there is no reason to be confused about CBP’s political stance.

We don’t design our policies based on any incumbent government. Rather, we set our strategies analysing the ruling class. Our focus is on which class do those in power belong to. Is it that working class or capitalistic class?

DS: The ruling Awami League-led 14-party alliance has been in power for three consecutive terms. How do you look at it?

SA: We don’t find any difference between the AL or BNP as far as class is concerned.

DS: Do you mean to say the AL and BNP are the same?

SA: I am not talking about which party is pro-liberation and which is anti-liberation. The two parties are different from that perspective. We want to see things from an infrastructural ground.

All the post-75 governments are the same in terms of class variation. Those who exploit the public, including businessmen, bureaucrats and politicians, have assumed state power (since 1975). A large syndicate has been formed among this class that has been exploiting the people in the name of a free-market economy.

DS: Is that a theoretical analysis? What is your opinion on the current governing system run by AL?

SA: An authoritarian rule is prevailing in the country. All democratic institutions have been destroyed. Everything including the judiciary, local government institutions and the parliament have turned into institutions of the party in power. Lawmakers cannot speak freely beyond their party’s decision. Even the culture of self-criticism is gone.

DS: What are your thoughts on the government’s campaign of economic and infrastructural development?

SA: Development for whom? Firstly, it has widened the gap between the working class and capitalistic class. Secondly, it has increased the paths of corruption. Thirdly, it has damaged our environment and bio-diversity. Our country is small. We need to focus on the expansion of waterways and railways. It will be good for us. Be it the gas sector, energy sector or other sectors — corruption is everywhere.

DS: But the government claims major success in power generation.

SA: The government is spending money on quick-rental power plants — it’s a hub of corruption. We are yet to get uninterrupted electricity supply.

DS: But the government has ensured electricity supply.

SA: True, but it is not sustainable. The price should be rational and just. Wrong policies and corruption are everywhere.

DS: You were talking about development and corruption increasing parallelly while the government is saying it is taking action against corruption.

DS: You were talking about the destruction of democratic institutions. The BNP raised allegations of election engineering. What is your take in this regard?

SA: It was not an election at all. Votes were cast the night before the election, and administrations, along with other agencies, cooperated in vote manipulation.

DS: Why are feuds prevailing among left political parties? Why you are not united?

DS: Is there any possibility of unity among left political parties in the future?

SA: Of the parties, CPB has networks all over Bangladesh — in all the districts. But the strength of those units is not as strong as it was in the past. Other left political parties do not have enough organisational strength. Moreover, the parties have differences in terms of designing strategies. There needs to be an alternative left-democratic alliance. CPB does not believe in Left-Sectarian. We need for form an alliance with those who believe in non-communalism and a corruption-free society. But many of them like Dr Kamal Hossain and Mahmudur Rahman Manna have joined the BNP-led alliance. We will continue our movement for establishing good governance instead of assuming power.

DS: What is the situation in Bangladesh as far as good governance is concerned?

SA: There is nothing.

DS: The AL government has completed trial of the killers of Bangabandhu Sheikh Mujibur Rahman overcoming many challenges. This trial created a kind of hope that good governance would be established. Why do you think it is still not seen?

SA: The trials of war criminals and Bangabandhu’s killers is a good sign. But good governance cannot be established as there is criminalisation and commercialisation in politics.

DS: What are your thoughts on our economic situation during the Covid-19 pandemic?

SA: People are not well. The poverty rate has shot up. And people are having to struggle through days without any alternative options.

DS: The per capita income has increased. Then, why do you think people are struggling?

SA: The per capita income is the average income of all. It is not fair if you present an average with the inclusion of those who earn Tk 5 lakh or 10 lakh along with those who are living below poverty line. It’s a trick.

Log onto to thedailystar.net to read the full interview.