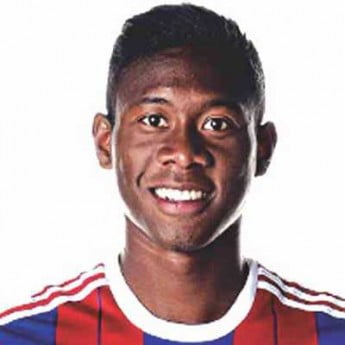 Bayern Munich defender David Alaba’s future at the European champions is in doubt, coach Hansi Flick said on Friday, with months-long contract talks having made no progress towards a new deal.

The 28-year-old Austria international has been at Bayern since his youth days in 2008 and has been a key defender for many years, with his current deal running out in 2021.

But several rounds of contract talks between the player and the club have so far failed to reach an agreement.

With Alaba becoming a free agent in the summer, Bayern could decide to sell him in the winter transfer window in their last chance to cash in on a move if there is no new deal.

“I really hope that he signs a new deal with Bayern because I think he knows what the current situation is in Munich,” said Flick who led the Bavarians to five titles in 2020, including the domestic double and the Champions League, after taking over a year ago.

“We have a lot of fun, it is a good atmosphere in the team and we play successful football. It is a club that belongs among the best in the world.

“He will think about it, I am sure, but we will have to respect any decision. I hope he will remain with us but ultimately it is his decision.”

Alaba’s versatile and quick game, which has resulted in him playing as both fullback or centre back as well as down the wing in the past, has made him a starter for the past nine years and has turned him into a fan favourite.

Alaba has won two Champions League titles with the club as well as nine league titles and six German Cups among other honours.