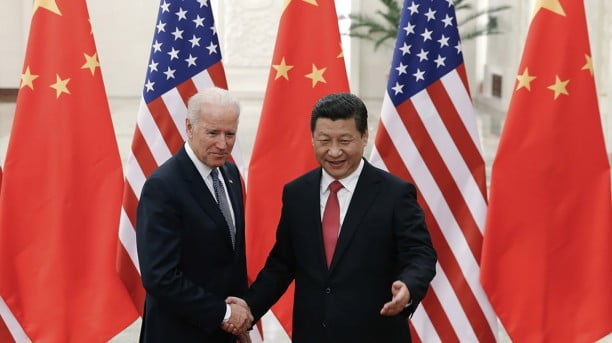 As Asia comes to terms with the reality of a Joe Biden administration, relief and hopes of economic and environmental revival jostle with needling anxiety and fears of inattention.

From security to trade to climate change, a powerful US reach extends to nearly every corner of the Asia-Pacific. In his four years in office, President Donald Trump shook the foundations of US relations here as he courted traditional rivals and attacked allies with both frequency and relish.

Now, as Biden looks to settle tumultuous domestic issues, there’s widespread worry that Asia will end up as an afterthought. Allies will go untended. Rivals — and especially China, that immense US competitor for regional supremacy — will do as they like.

In the wake of perhaps the most contentious presidency in recent U.S. history, here’s a look at how its aftermath — a Biden White House — will play out in one of the world’s most important and volatile regions:

The two nations are inexorably entwined, economically and politically, even as the US military presence in the Pacific chafes against China’s expanded effort to have its way in what it sees as its natural sphere of influence.

Under Trump, the two rivals engaged in a trade war, and a lively exchange of verbal hostilities. A Biden administration could have a calming effect on those frayed ties, according to Alexander Huang, a strategic studies professor at Tamkang University in Taipei and a former Taiwanese national security official.

“I’d expect Biden to return to the more moderate, less confrontational approach of the Obama era toward China-US relations,” he said.

Greater outreach to China could prompt Washington to play down its support for Taiwan, which China claims as its own territory, without necessarily reducing US commitment to ensure the island can defend itself against Chinese threats, Huang said.

Retired chemical engineer Tang Ruiguo echoed a view shared by many in China of an unstoppable US decline from global superpower status. “No matter who is elected, I feel the United States may go into turmoil and unrest and its development will be affected,” Tang said.

Say goodbye to the summits.

Trump and North Korean leader Kim Jong Un went from threats of war to three unprecedented sit-downs, which, though high-profile media events, did nothing to rid the North of its banned nuclear-tipped long-range missiles.

Kim must now adjust to a man his propaganda services once condemned as a “rabid dog” that “must be beaten to death.”

Biden, for his part, has called Kim a “butcher” and “thug,” and said Trump had gifted a dictator with legitimacy with “three made-for-TV summits” that produced no disarmament progress.

Biden has endorsed a slower approach built from working-level meetings and said he would be willing to tighten sanctions on the North until it takes concrete denuclearization steps.

North Korea, which has yet to show any willingness to fully deal away a nuclear arsenal that Kim may see as his strongest guarantee of survival, prefers a summit-driven process that gives it a better chance of pocketing instant concessions that would otherwise be rejected by lower-level diplomats.

For South Korea, the new president will likely demonstrate more respect toward its treaty ally than Trump, who unilaterally downsized joint military training and constantly complained about the cost of the 28,500 US troops stationed in the South to defend against North Korea.

The resignation this year of Japanese Prime Minister Shinzo Abe ended one of Trump’s few close, productive relationships with a foreign leader.

There’s hope in Tokyo that Biden’s more progressive ecological policies will help Japanese green companies and that he will take a hard line on China, with which Japan is in constant competition.

Under Biden, “America cannot afford to take care of other countries, and it has to prioritize its own reconstruction,” said Hiro Aida, Kansai University professor of modern U.S. politics and history.

As Biden is consumed with his nation’s many domestic troubles, from racial unrest to worries about the economy, healthcare and the coronavirus, Japan could be left alone as China pursues its territorial ambitions and North Korea expands its nuclear efforts, according to Peter Tasker, a Tokyo-based analyst with Arcus Research.

The conservative Australian prime minister who was in power when Trump was elected, Malcolm Turnbull, may have spoken for many when he tweeted congratulations to Biden: “What a relief that you won.”

There’s hope that Biden will do better than the Trump administration, which granted Australian manufacturers exemptions from US steel and aluminum tariffs in 2018 before reportedly having a change of heart a year later.

For New Zealand, there are aspirations to sell more milk and beef under a US administration that’s more open to free trade.

New Zealand and other Pacific nations also hope that Biden might help ease tensions with China.

New Zealand has found itself stuck between the two superpowers, relying on China as its biggest trading partner while maintaining traditional defense and intelligence ties with the United States.

Not much will change with the host of security and defense ties shared by India and the United States. But a Biden administration could mean a much closer look at India’s spotty recent human rights and religious freedom records, both of which were largely ignored by Trump.

Biden is also expected to be more critical of Prime Minister Narendra Modi’s Hindu-nationalistic policies, which critics say oppress India’s minorities, according to Michael Kugelman, deputy director of the Asia Program at the Washington-based Wilson Center.

The countries will work more closely to counterbalance China, a shared rival, Kugelman said. A Biden White House won’t “risk antagonizing a country that is widely viewed in Washington as America’s best strategic bet in South Asia,” he said.

Some countries in the region, such as Malaysia, have pivoted toward China because of heavy investment and a focus on economic recovery, and “it will take time for the U.S. to rebuild trust,” said Bridget Welsh, honorary research associate at the University of Nottingham in Malaysia. “US power will never be what it was.”

Biden is also likely to be more wary in his dealings with strongman leaders like the Philippines’ Rodrigo Duterte, Thailand’s Prayut Chan-o-cha and Cambodia’s Hun Sen, said Richard Heydarian, an analyst in the Philippines.

“A more cautious Biden could also mean a degree of stability in relations with tricky allies and partners in Southeast Asia and the region,” he said. “We are going to see American leadership, but much more in conjunction with regional players and powers, including Japan, Australia, India, European powers” and Southeast Asia.