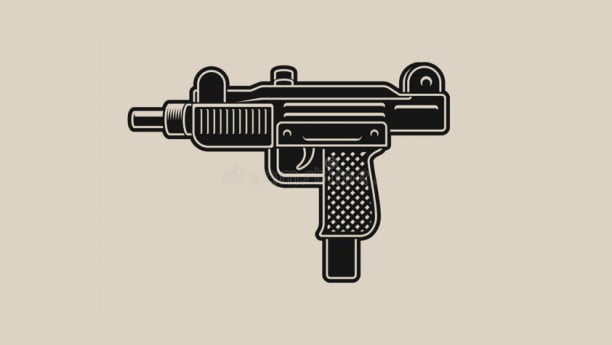 Detectives are now gathering details of those who own Uzi pistols; military-grade semi-automatic weapons imported in the absence of monitoring by the authorities.

Detective Branch of Dhaka Metropolitan Police (DMP) has already got the list of the licensed arms holders, who purchased 53 of the weapons from six authorised arms dealers in the country. The dealers imported 111 Uzis in the last five years.

Both dealers and arms holders declared the weapons “rifles” on papers as the import of semi-automatic or automatic weapons for personal use is prohibited in the country, said detectives, adding that each Uzi was sold for Tk 4 lakh to Tk 4.5 lakh.

The “Uzi pistol” looks more like a submachine gun than a rifle or a pistol. The magazine of the Uzi can hold 20 bullets, while service pistols, used by law enforcers, can hold 15, say detectives.

Concerned that the country’s law and order could be under risk if such sophisticated weapons are available to people, detectives are now looking into every possible details, including social status, of those who bought them, they said.

The DB launched the investigation after they recovered an Uzi from the possession of a drug dealer — Minal Sharif — on August 20 in the capital.

The law enforcers learnt that it was bought against the licence for a rifle.

Confirming the development, Golam Mostofa Rashel, deputy commissioner of DB police (Tejgaon Division), told The Daily Star yesterday that they were working after collecting the list of the arms holders.

“We are now sending letters to police stations concerned asking for addresses and other details of the buyers, including their social status,” he said. “We are waiting for reports containing the information.

“We saw that such a powerful weapon reached the hands of a drug dealer. We want to know how it happened … We want to make sure it never happens again,” he added.

After getting all the information, detectives would submit a detailed reported to the home ministry, requesting it to take necessary steps.

Talking to this correspondent, a police source said the DMP headquarters had already sent another report to the ministry, detailing how “Uzi pistols” make their way into the country amid lax monitoring and with the use of false declarations.

In that report, the DMP recommended immediate forfeit of all imported “Uzi pistols” and their handover to law enforcers, saying if the firearms reach the hands of militants or any criminal group, it could be dangerous.

The irregularities in the arms import took place as there is no arms expert in customs and district commissioner offices. So, the presence of arms experts is necessary during the release of any arms shipment by the customs house, the police report suggested.

On October 29, The Daily Star ran a report on the issue under the headline “Military-Grade Firearms: Shady import worries cops”. The report shed light on how a section of licensed arms dealers brought in the Uzis in the name of rifles.

After the report was published, three other licensed arms dealers — MH Arms Co, Shafiqul Islam Arms & Co, and Ahmed Hossain Arms Co — reacted to it, sending a “clarification” to this newspaper which did not mention their names in the news item.

They said the report read that “the Uzi pistol is a military-grade pistol and used by the Defence Force”. They claimed it was not true and that the import of semi-automatic firearms was not prohibited in Bangladesh.

They said the Defence Forces use Uzi full automatic sub-machine gun and use lethal 9mm bullets in them. Whereas, the imported Uzis were of civilian version and use .22 calibre bullets.

The arms dealers also said the arms-manufacturing company makes two models of “rifles” — one is Uzi SMG with long butt and the other Uzi pistol with a smaller butt. The company uses the pistol tag for the identification of the rifle model.

The tag of a “pistol” does not make a weapon a pistol, they argued.

The Daily Star article was based on a report forwarded to the DMP headquarters by the DB.

In its report, the DB said, “The Uzi pistol is a military-grade weapon and it is largely used by the armed forces in Belgium and the Israeli Defence Force. The arms are used to provide security to VVIPs.” This newspaper has a copy of the report.

Experts also said the “Uzi pistol” could fire more shots than the service arms used by law enforcers in the country.

The police report also read that “the imported firearm is a pistol and the arms dealers are importing, preserving and selling it after giving false declaration that it is a rifle.”

Besides, Clause Six of Arms Rules 2016 says any weapon which exceeds the standard of service weapons cannot be imported in the country for personal use.