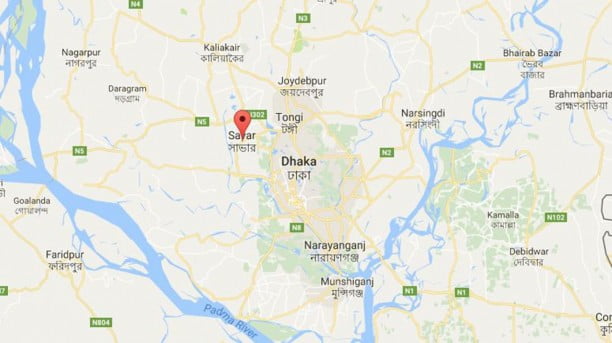 At least 20 people of A-One BD Ltd inside Dhaka Export Processing Zone (DEPZ) were injured in a clash between the agitating workers of the factory and the security guards in Savar today.

The clash happened as nearly 300 workers, who demonstrated in front of the DEPZ’s main gate demanding arrears, tried to enter the premises, reports our Savar correspondent.

Ansar members at DEPZ stopped them from entering, which prompted the clash, said police.

Talking to our correspondent, Ujjal Hossain, a worker of the factory, claimed that Ansar members charged baton on them when they tried to talk to DEPZ authorities over their arrears.

Taslima Akter, president of Bangladesh Garment Sramik Sanghati, claimed that at least 15 workers were injured in an attack by Ansar members and police.

Abdus Subhan, general manger of DEPZ, said at least five Ansar members were injured as the agitating workers hurled brick chips at them.