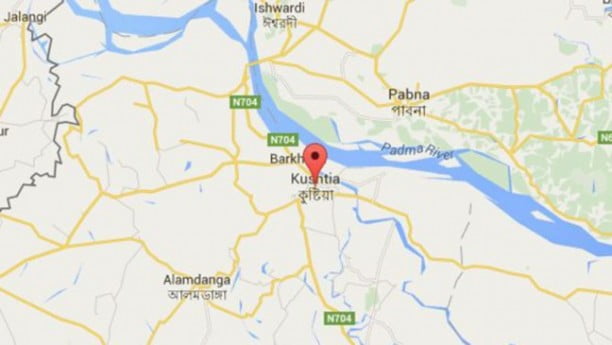 Two journalists were assaulted at the Meherpur District Social Service Office where they had gone to interview the deputy director of the district’s social services on various allegations against him.

The two were beaten up and their cameras were snatched and broken.

Journalist Abu Akter Karan said various allegations had been raised against Deputy Director (DD) of the District Social Services Department Abdul Quader. The allegations include misuse of government vehicles, smoking at the office in front of everyone and sleeping in the office during work hours.

Karan said the news had been published in local newspapers and various other portals for several days now. Both Karan and Zakir went to the officer to get information and take his statement.

When they went to the office around 2:00pm, the officer was present at work but they found his room locked from inside, Karan said, adding that when the man heard reporters were coming, he left the room and at one stage, the journalists were taken to another room and locked up.

On receiving the news, other journalists of Meherpur went with a police team and rescued the two. When The Daily Star Correspondent contacted the DD Abdul Quader, he did receive the call but cut it off immediately and said that he would talk later.

A case has been filed with Meherpur Sadar Police Station accusing Abdul Quader, Sajjad Hossain, Milon Sheikh and several others.

Meherpur Sadar Police Station Officer-in-Charge Shah Dara Khan said investigation is underway and action will be taken based on the findings of the incident.

Deputy Commissioner of Meherpur Dr Mohammad Munsur Alam Khan said he has heard of the matter.