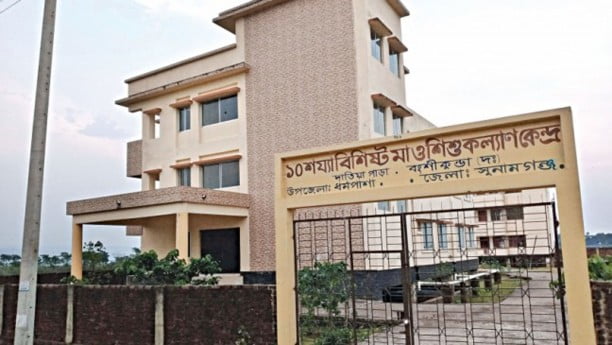 Medical services in remote areas are either non-existent or hours away, making it virtually impossible for emergency patients to be given medical attention on time. This is especially true in the case of maternal and neonatal care. A report in this paper has given us a picture of how expectant mothers suffer the consequences of not having medical care services nearby, forcing them to travel long hours to the closest hospitals that are miles away and require risky transportation. But what is most bewildering is that the government has set up around 140 mother and children welfare centres geared towards these very mothers and their babies and are supposed to be giving the medical care they would need. What then is the problem?

The problem is that these centres do not have any doctors or staff even though some of them have been setup years ago.

In Dharmapasha, Sunamganj, a remote part of the country, for instance, there are two new such centres but expectant mothers have to take long, risky journeys to the nearest public health facility. In the last one month at least three expectant mothers had complications during labour but they had to go all the way to Mymennsingh Medical College Hospital, part of the journey by boat.

In Dharmapasha the roads are dilapidated and the only two options to get to the nearest hospital is by motorbike or a slow circuitous route by boat. How would an expectant mother requiring emergency medical attention be taken through such a difficult route? Because of the lack of basic healthcare services, people in these remote villages rely on quacks leading to health complications, even death.

From the same report we learn that since 2014, 159 such centres have been set up all over the country by the Directorate General of Family Planning but 140 of them are not functional because they have no staff. How can this be an acceptable situation? Do we not have enough doctors and other personnel to get such essential services going?

According to an official of the Ministry of Health and Family Welfare, requests to recruit doctors were made several years ago to the Public Service Commission (PSC) but so far this has not happened. We are shocked at such indifference by the PSC to apparently ignore such an urgent matter as finding doctors for maternal and child care clinics that are so acutely needed in these areas. The DGFP must find out why the centres they have set up are empty of medical staff. The PSC must be held accountable for such negligence. Doctors, nurses, midwives and other staff must be recruited immediately. This is just another example of how precious government resources are wasted and all the well-intentioned endeavours of the state are undermined leaving thousands to suffer from a lack of basic medical services. In this case it is the welfare of mothers and newborn babies. Could anything be more important?