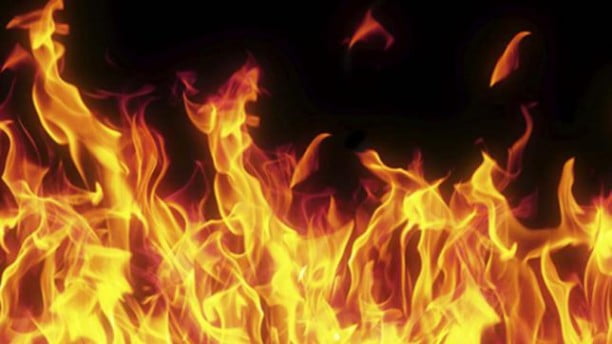 An elderly woman died and eight, including six members of a family, suffered burn injuries in a fire at a six-storey building in Chattogram city last night.

The fire broke out at Mijanur’s flat on the top floor of ‘Momtaj Villa’ in North Kattoli area around 9:30pm, the OC said.

Mijanur, a service holder at a private company, used to stay alone. So he sublet the room to the couple, said OC Jahir said.

Mijanur’s wife, a primary school teacher at Dagonbhuiyan upazila in Feni, and other family members who live in their village home in Feni, went to visit him few weeks back.

The cause of the fire was yet to be known, the OC said adding that Fire Service and Civil Defence and Power Development Board (PDB) are investigating the incident.

The duty officer at the divisional headquarters of Fire Service and Civil Defence at Agrabad said the fire was extinguished before their team reachedthe spot. Fire service suspects that the fire originated from an electric short circuit, the officer said.

Dr Rafiq Uddin Ahmed, head of the CMCH Burn Unit, said condition of most of the injured was critical as they suffered five to 48 percent burns.

Mijanur’s family members would be sent to Dhaka for better treatment, he said.